Every year KUSA seeks to recognize and award a KUSA alumna/alumnus for their outstanding results in sharing their accomplishments and experience with the Kosovar community. This award aims to celebrate exemplary alumni who have been driving forces of change in their communities for the last years.

SUBMIT YOUR STORY
Alumni of the Year
Award Overview

The Alumni of the Year Award recognizes and celebrates the many achievements of KUSA members, both professionally and personally for outstanding contributions to their profession, community and the advancement of society. Stories are submitted by KUSA members for alumni who have made an important contribution to the local and national community by sharing their accomplishments and experience gained during their studies in the United States with the Kosovar community.

To be considered for this award, alumni must:
Award Timeline

The deadline for story submission is open between January – November each year. Announcement of award recipient takes place in December, and the award ceremony is held in mid-December during the KUSA End of Year Networking Event. This event gives KUSA a unique opportunity to honor, highlight and profile accomplished alumni while increasing outreach and development.

All members are invited to disseminate the award application and can nominate an alumna/alumnus to apply. You are strongly encouraged to submit your story or others.

If you need inspiration for successful activities and projects, here you can find what KUSA members shared with you. 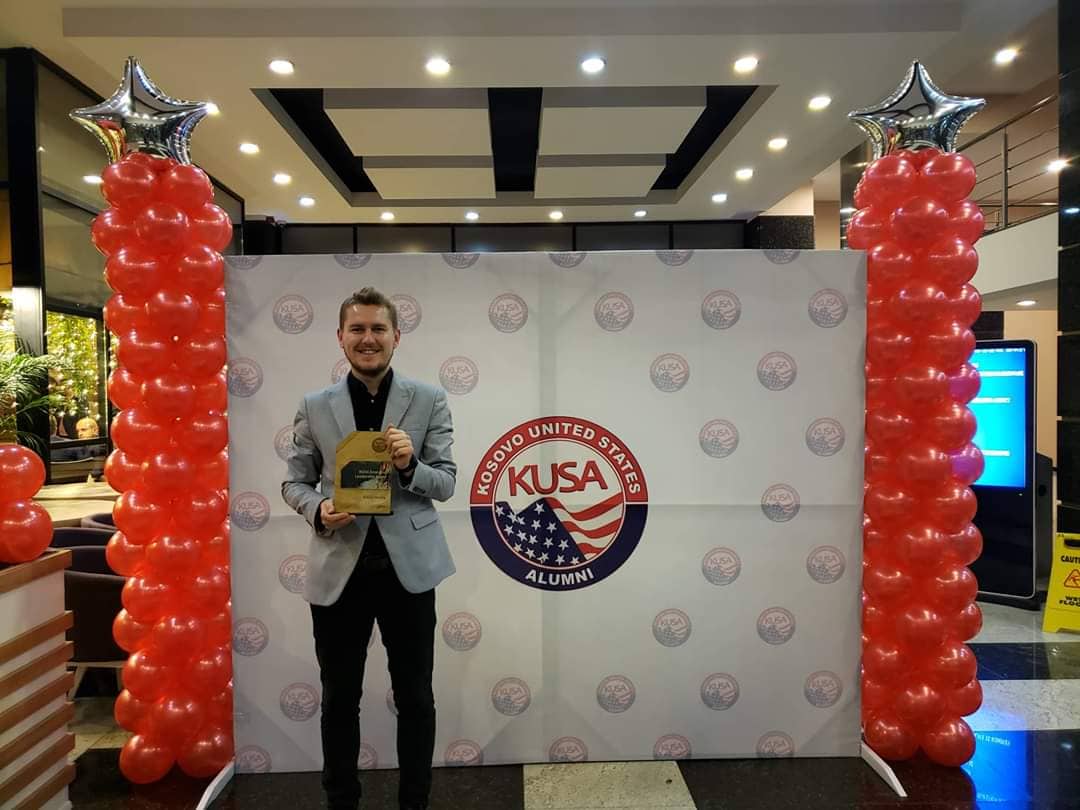 Erblin Hoxha holds an MA Degree in International Political Economy from The University of Texas at Dallas and a BA degree in Political Science from the University of Pristina. He has been working with CSO projects for the past 8 years with organizations such as Levizja FOL, BIRN, Debate Center, CDF, Venture UP, Save the Children, etc. He is experienced in project design and project implementation, strategic planning focusing on education as well as capacity development training and workshops in the area of soft skills, youth leadership, and activism. He currently is the Executive Director of Debate Center – a CSO specialized in critical thinking and public speaking curricula and as a project management consultant at Levizja FOL.

During this year, Mr. Hoxha has been one of the most active members of KUSA, serving as a communication trainer on the debate clubs of different primary schools in Kosovo. As the Executive Director of the Debate Center, Erblin, through an MoU with KUSA, offered free of charge training sessions for effective communications and helped KUSA on creating the debate club curricula, which was distributed to all the primary schools of the Municipality of Prishtina. Debate Center is set to offer training sessions for staff and students of Municipality of Pristina middle schools as part of the Prishtina School Clubs project. 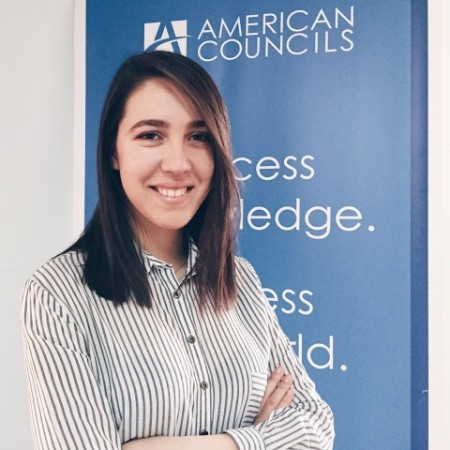 Rine Fetahu studied in the United States during 2013/2014 through the Youth Exchange Program. Upon her return to Kosovo, Ms. Fetahu promptly began the journey of her studies in the field of Engineer Studies in University of Prishtina. Throughout this time, Ms. Fetahu engaged constantly in numerous activities and various academic endeavors such as working at the American Councils for International Education as the YES Alumni Coordinator. This gave her the opportunity to work with many YES Alumni from organizing YES events to thorough involvement in several projects. In July of 2018, Ms. Fetahu started another successful journey at BONEVET Prishtina as the Chief Technology Officer.

Ms. Fetahu shared her exciting venture in the U.S. accompanied by various challenges and exciting experiences with the middle school students in Prishtina through the “Alumni Engagement Through Extracurricular School Activities” project. In addition, Ms. Fetahu volunteered to become coordinator of the Debate Club, in which she contributed in the elaboration of the syllabus, as well as participation in different club activities by giving lectures to students. This led her to becoming the winner of the KUSA Emerging Leader Award 2018. 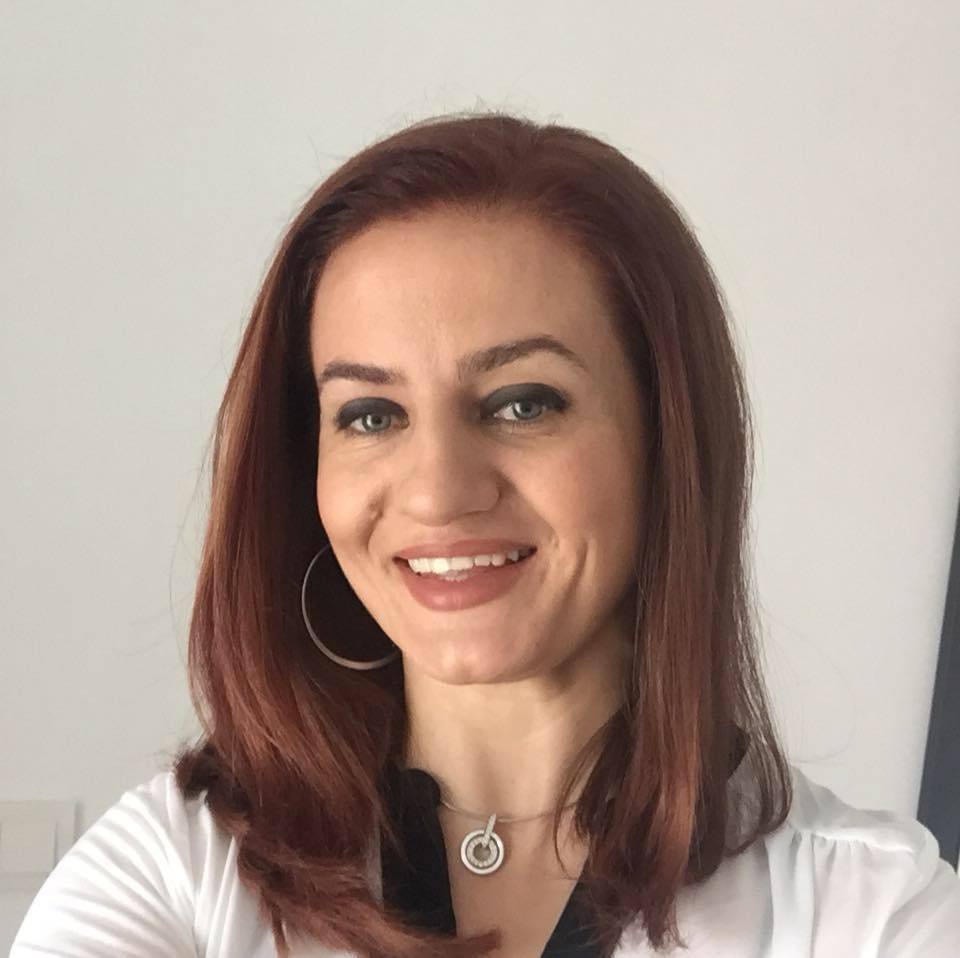 Mjellma Carabegu Vokshi is currently an assistant professor in the Economics Department at the Faculty of Economics in the University of Prishtina. Ms. Vokshi lectures economic courses such as Macroeconomics, Development Economics, Personnel Economics, Economics of Public Sector, Economics of Knowledge and so forth. Ms. Vokshi pursued her studies in the United States during 2017 through the Open World Leadership Program. Her experience and academic development in the US has been transmitted in Kosovo in the form of numerous contributions through constant engagement with Kosovo United States Alumni (KUSA).

Upon her contributions, one that is highly worth of noting, is the organization of the Conference “Education for the Future,” which is also the motive for awarding Ms. Vokshi as the Alumni of the Year Award 2018. The “Education for the Future” Conference represents one of the largest conferences organized and held in Kosovo during 2018. The conference focused on the lack of discussion, debate and agreement on various social, political and economic issues between higher education institutions (HEI) and the government with regards to the needs, challenges and opportunities that the higher education system is facing in Kosovo. This conference has challenged the contemporary landscape of higher education in Kosovo through influencing and bringing forward several ideas regarding professional development and addressing key issues of higher education in Kosovo. 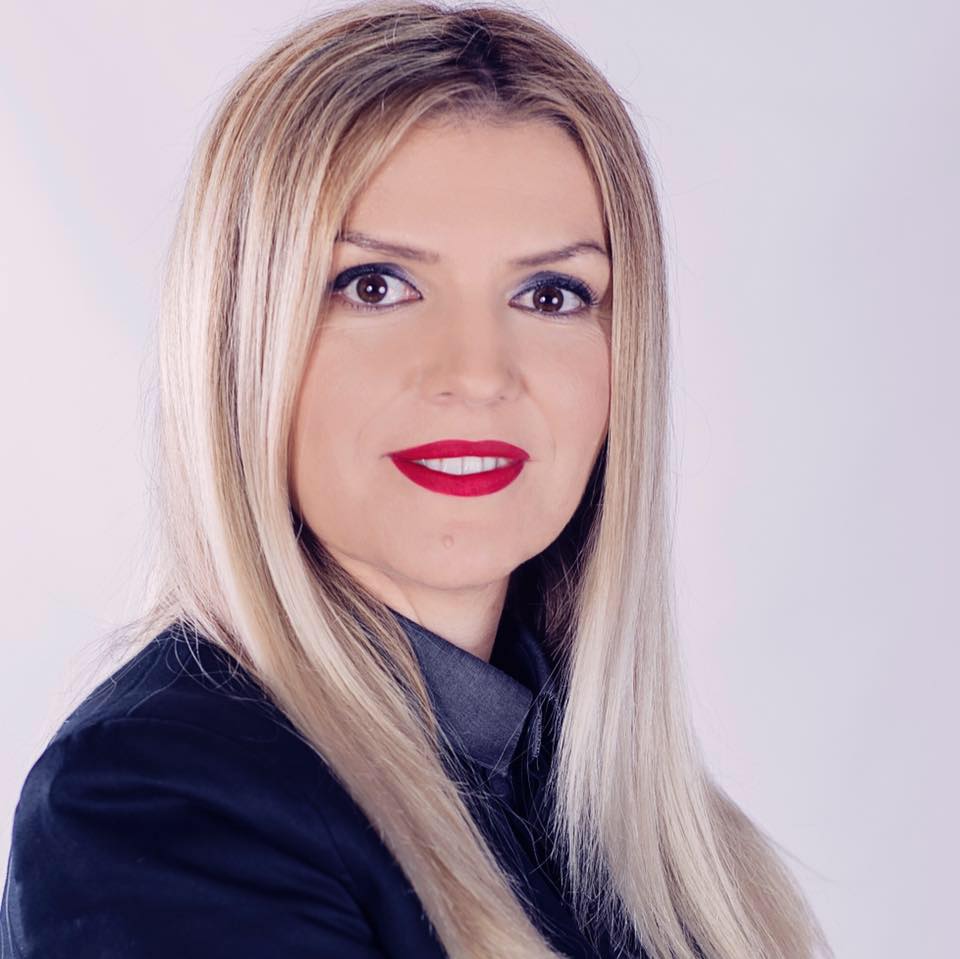 Rozafa Ukimeraj is one of KUSA's most active members, she is the leader of the Alumni Focus Group - Rule of Law, through which several projects have been initiated, and one of them is the “Mentorship Program” coordinated by her. This project was implemented in cooperation with the University of Prishtina, NGO’s, businesses and the institutions of the Republic of Kosovo. This group developed a mentorship project which was dedicated to young women (female students as mentees) and was implemented by KUSA female members as mentors. The Mentoring program intended to assist young women to learn from their mentors through an ongoing skill-building and problem-solving process, with a capacity-building approach which prepared these young women for their future professional career. Rozafa has attended two exchange programs offered by the U.S Embassy in Kosovo; The Hope Fellowship Program in 2009 and the Transformation Leadership Certification Program in 2015. Furthermore, changing the behavior of public officials; mentoring young women in becoming future leaders; transferring the positive energy and the professionalism gained through the exchange experience in the U.S., opens the opportunity for a public official to be committed to fight for high standards of integrity.

How can I submit a story?

The nomination form is available online, check the top of the page.

Who can submit a story?

Only members of KUSA can submit stories.

Can I submit my story?

Yes, you can if you are a KUSA member.

Can I nominate another member?

Yes, you can submit stories of other registered members of KUSA.

Who will select the award?

The independent committee consisted of KUSA Staff, U.S. Embassy representatives and Board Members.