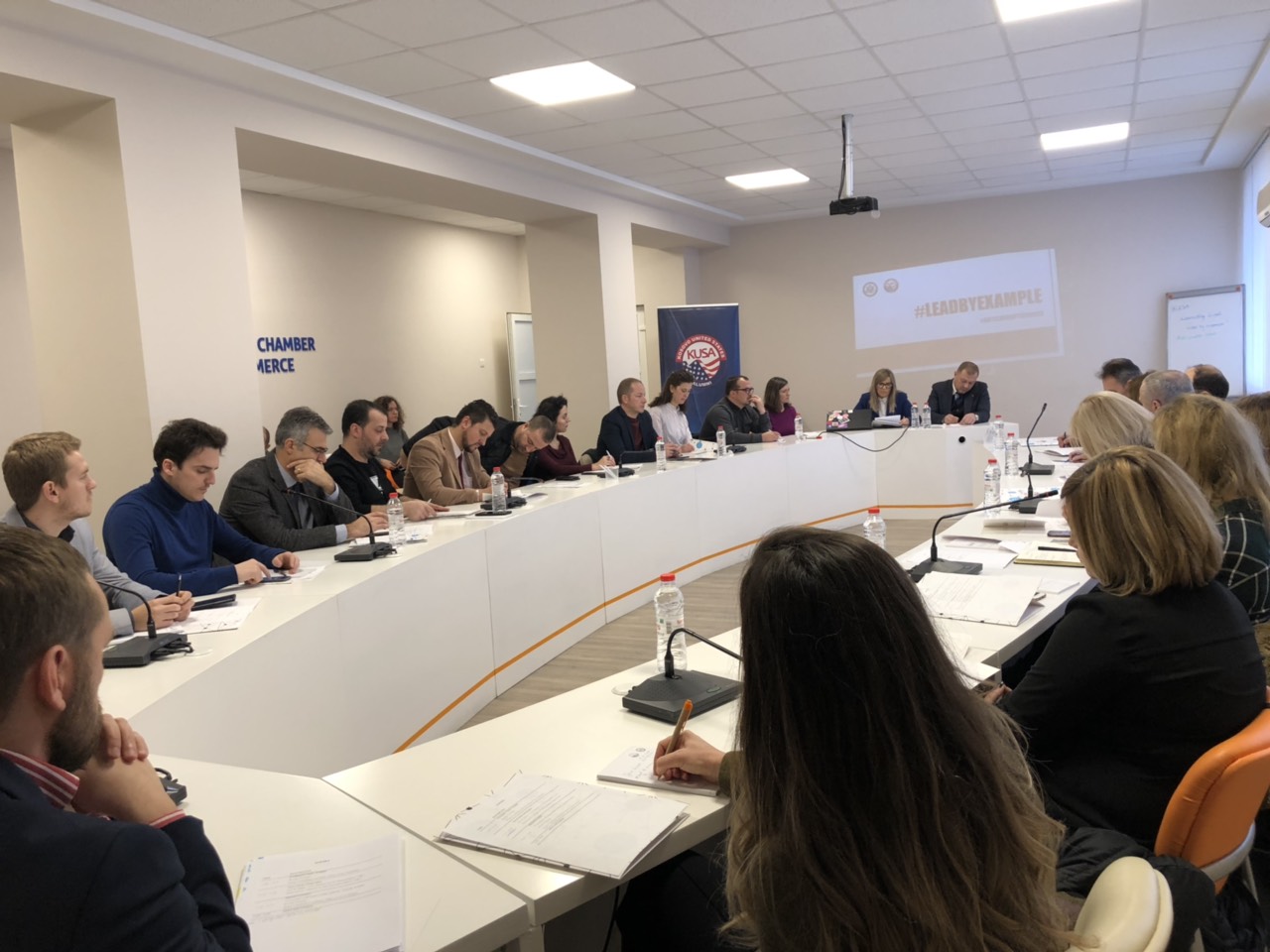 The project “Lead by example” aims to fight and reduce corruption in public institutions by tackling this issue from a different point of view. The “lead by example” online platform presents efforts and excellent behaviors of public officials in fulfilling their working mandate within public institutions as a recognition and public support for outstanding courage and public service. Through this project, KUSA actively promotes how these individuals have shown determination and high integrity in terms of public interest as well as how their actions have contributed to improving citizen’s lives. This project has made a great impact on the attitude of all participants, which includes public officials who shared their success stories,  as well as the audience who reads and follows the website.
Due to the fact that Kosovo has a high rate of corruption, our organization is encouraged to take action through creative initiatives and campaigns with the aim of fighting corruption instead of taking offensive actions. Therefore, we strongly believe that by introducing real examples of public officials and how they have impacted our lives by fighting corruption will affect the credibility of institutions, raise awareness among citizens, and increase public accountability towards Kosovo’s citizens.

Here you can visit the webpage: http://leadbyexample-ks.org/

On 10th of December, during “Anti-corruption week”, we launched this platform as an open space for officials to share their positive examples of fighting corruption. Rozafa Ukimeraj, Project Coordinator and Head of Rule of Law Committee, presented the platform and its purpose, followed with a speech by Erin M. Mains, U.S. Embassy Kosovo Representative, and Frasher Murtezaj, Head of the Division for Prevention of Conflict of Interest at the Anti-Corruption Agency.